Drug offenses are some of the most commonly prosecuted criminal offenses in California. State lawmakers recently approved sweeping changes to the state’s drug laws, recategorizing many drug offenses as misdemeanors in an attempt to conserve resources in the California criminal justice system.

Zentz & Zentz criminal defense attorneys can provide you with the defense representation you need when facing criminal charges involving drugs in San Diego. We understand the significant penalties possible from your situation and the uncertainty that any criminal case can generate in a defendant. This is especially true for federal drug charges.

If a federal agency has arrested you, your drug case likely involves federal offenses that qualify for severe prosecution. If you or a loved one faces federal drug charges in San Diego, Zentz & Zentz can help. Our team has years of experience handling complex drug crime cases, and we can apply this professional experience to your situation.

Why Should I Hire a San Diego Federal Drug Lawyer?

The Constitution of the United States provides several crucial legal protections to all American citizens, two of which come into play in a criminal case. The Fifth Amendment provides the right to remain silent and protects a defendant from self-incrimination. The Sixth Amendment guarantees the right to legal counsel when an individual is accused of a crime. This right applies even when a defendant cannot afford to hire private defense counsel or does not wish to pay attorneys’ fees to a private criminal defense attorney.

Any defendant accused of a crime in the US can secure defense counsel from a public defender. This right applies to federal cases the same way as state-level criminal cases. Therefore, if your drug case unfolds in federal court, you would have the right to legal counsel from a federal court public defender free of charge. While this may seem like an obvious choice that would ensure you do not need to pay legal fees for your defense attorney, a private San Diego federal drug lawyer can provide a much higher level of legal representation than any public defender.

Public defenders represent several clients at once, often spending a day addressing multiple cases. Unfortunately, this means that most public defenders can only spend an hour or two each day working on one case. Your public defender may be an experienced and hardworking attorney, but they cannot offer the same level of individualized representation you could expect from a private San Diego federal drug attorney.

A private defense attorney will take time to thoroughly investigate every aspect of your case, ultimately guiding you through every phase of your case with confidence and more robust representation than a public defender could offer. Zentz & Zentz carefully manages caseloads to ensure every client we represent has consistent access to the full scope of our resources and experience. In addition, we will carefully review your federal drug case details to ensure we provide the highest level of defense representation possible in your situation. 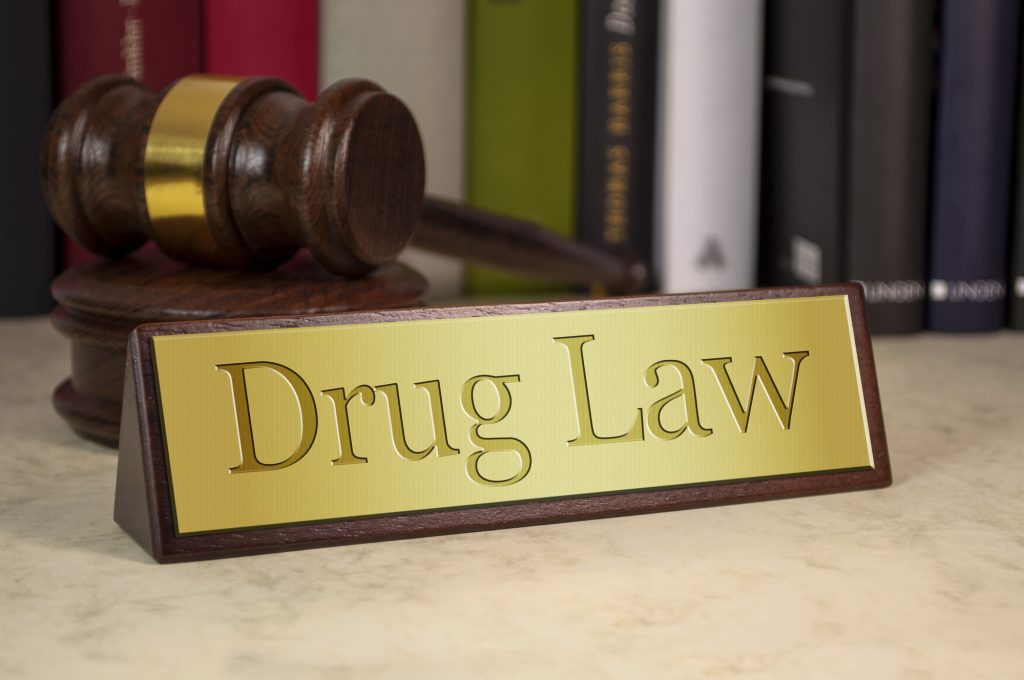 While most state-level drug offenses in California entail relatively mild penalties, drug cases prosecuted at the federal level can lead to more difficult case proceedings and severe penalties. This is because a federal case develops once a federal agency such as the Federal Bureau of Investigations (FBI), Drug Enforcement Agency (DEA), or Bureau of Alcohol, Tobacco, and Firearms (ATF) opens a criminal investigation into an individual.

Most federal drug cases involve movement across state borders. Therefore, if you committed any drug-related offenses and your activities unfolded solely within the borders of the state of California, you would likely face state-level criminal charges. However, you would likely face federal drug charges if you trafficked drugs across multiple states or coordinated drug distribution in California and other states.

Ultimately, federal drug cases involve the most severe drug offenses. These cases typically involve drug manufacturing and widespread drug trafficking and distribution networks. Federal agencies that prosecute these cases typically spend a longtime gathering evidence and identifying persons of interest involved in these operations. In most cases, federal agents will not move to arrest suspects in a federal drug case until they believe their evidence is airtight and more than sufficient for securing convictions.

Examples of Drug Crimes That Qualify for Federal Prosecution

If a federal agency has been investigating you for some time, your case likely involves severe drug offenses that go well beyond standard possession. For example, if you are arrested at a traffic stop for possession of a small amount of cocaine, it is doubtful that you would face federal charges. On the other hand, if you brought cocaine into California from another state, you might qualify for felony drug trafficking charges, but federal authorities likely would not become involved in your case unless the details of your situation pertain to an ongoing federal investigation.

Some of the drug cases that most commonly unfold at the federal level include:

Penalties for federal drug crimes hinge on the Schedule of the drug in question, the quantity, and the defendant’s prior conviction record. For example, the first conviction for possession of up to 4,999 grams of cocaine mixture can lead to no less than five years in prison to a maximum of 40 years in prison and fines up to $2 million. In addition, fines can increase to $5 million for groups acting in concert. It is also possible for the defendant to face no less than 20 years in prison up to life if their actions resulted in the severe injury or death of another person.

The penalty for a second offense can increase dramatically. Following the previous example for cocaine possession up to 4,999 grams, if the defendant is convicted a second time, they face a minimum of 10 years in prison to a maximum of life in prison. Fines increase to up to $4 million for individuals and up to $10 million for groups acting in concert. If the defendant’s second offense involved injury or death to another person, they would face life in prison.

What to Expect From Your San Diego Federal Drug Attorneys

If you are facing federal drug charges of any kind, the potential penalties conviction will entail can completely change the rest of your life. You may be compelled to spend many years in prison, pay substantial fines, and face a lifetime of federal conviction on your record. The right San Diego federal drug attorney can potentially make a tremendous difference in the outcome of your case, helping you avoid some of the worst possible penalties your conviction would entail.

Remember that in any criminal case at the state or federal level, the burden of proving the defendant guilty rests with the prosecution. Every defendant is innocent until proven guilty beyond a reasonable doubt. Your defense attorney’s job is to prevent the prosecution from meeting this burden of proof.

It’s important to remember that most federal criminal cases involve substantial evidence supporting the prosecution. If federal agents arrested you for a federal drug offense, they have likely built their case expansively over a long period. While it may seem impossible to fight your charges, an experienced San Diego federal drug attorney can help their client by identifying procedural missteps, due process violations, and unlawful breaches of their client’s constitutional rights by federal authorities to assist in their defense. Some possible defenses that could come into play in a federal drug case include:

While it can be incredibly challenging to form a defense against federal drug charges, it is possible when you have an experienced San Diego federal drug lawyer working on your case. Zentz & Zentz will rigorously examine all evidence in play and carefully evaluate the behavior of the federal agencies and prosecutors charged with handling your case to ensure your rights were preserved throughout every stage of the case and that their evidence is both credible and admissible. 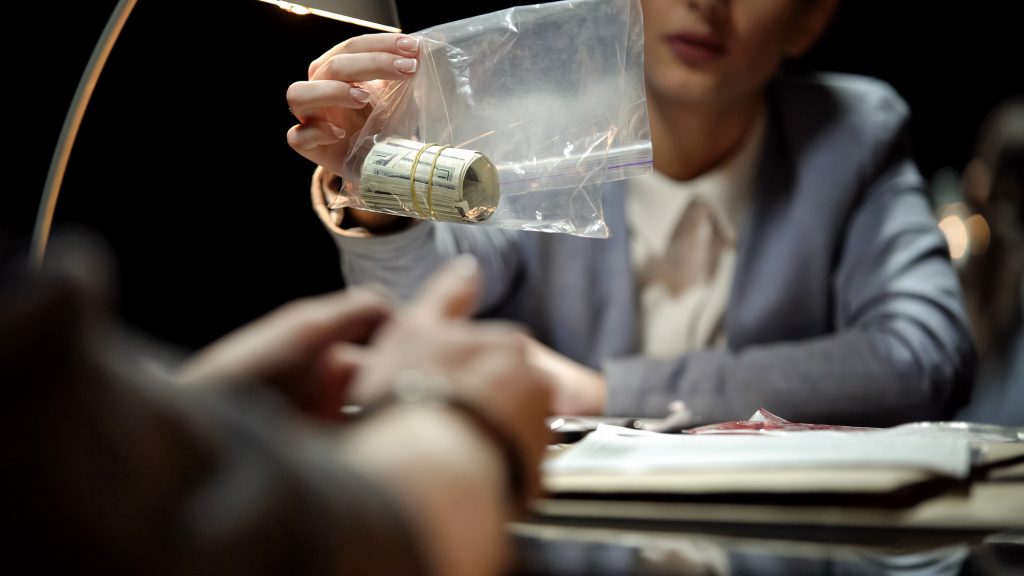 Many people facing federal drug charges have many questions regarding their legal rights, the benefits of defense counsel, and what to expect from their cases.

The following are some of the questions the team at Zentz & Zentz hears most often from our clients and prospective clients regarding federal drug cases.

How Much Does a Federal Lawyer Cost in San Diego, CA?

It’s natural to worry about the potential cost of your legal fees in a federal case. Most criminal defense attorneys charge their clients by the hour, so the longer a case takes to complete, the more the defendant pays their attorney. This coerces many defendants into accepting defense counsel from public defenders free of charge.

What Qualifies as a Federal Crime?

A federal crime can be a violation of United States federal law or an offense that violates the laws of multiple states. Generally, a drug case can escalate to the federal level when federal agencies investigate drug-related activities spanning state lines or when a defendant’s actions exceed the scope of their state’s drug laws.

How Long Does a Federal Drug Case Last?

It can be challenging to estimate the time required for a federal drug case to unfold completely. Some cases may conclude within a few weeks or a month or two, while others may take more than a year to complete due to the complexity of the issues involved in the case. Your San Diego federal drug lawyer can help you more accurately estimate the potential timeline for your case to unfold.

Ultimately, every federal drug case is unique and will pose different challenges to the defendants involved in these matters. Therefore, the most important asset you can have on your side during this challenging situation is an experienced San Diego federal drug attorney. The right legal team will help you understand your available defenses and help you approach your case with greater confidence.

At Zentz & Zentz, we understand the stress that comes with facing federal drug charges. Our goal is to provide the comprehensive defense counsel you need to approach your case with clarity. We will carefully review the details of your situation and provide the aggressive defense representation you need to avoid conviction or at least minimize your sentencing. If you are ready to discuss your legal options with an experienced San Diego federal drug lawyer, contact us today to schedule your consultation with our team.