Driving under the influence (DUI) of drugs or alcohol is a serious criminal offense in California, one that can lead to substantial penalties as well as civil liability if an impaired driver injures or kills another person. If you are charged with DUI in San Diego, CA, you need a criminal defense attorney who can help you avoid the most severe penalties your case might entail.

The lawyers at Zentz & Zentz have years of experience handling all types of criminal cases in the San Diego, CA, area. We have successfully represented many past clients in complex DUI cases, including those prosecuted at the felony level. While any DUI conviction can have a dramatic impact on your life, felony DUI cases entail much harsher penalties than misdemeanor DUI charges. Therefore, you need legal counsel you can trust from an experienced San Diego felony DUI lawyer in this challenging situation.

Why You Need a San Diego Felony DUI Lawyer

Whenever an American citizen is charged with a crime, they have the right to legal counsel guaranteed by the Sixth Amendment of the US Constitution. When a defendant cannot afford to hire a private defense attorney or does not wish to incur legal fees for their case, they have the option of accepting defense representation from a court-appointed public defender.

Most public defenders working in the San Diego, CA, criminal justice system are dedicated and hardworking attorneys. However, they must handle multiple cases simultaneously and cannot provide much individual attention to any given case. Therefore, while sticking with a public defender can seem like a suitable method of avoiding legal costs for your felony DUI case, the reality is that even the best public defenders cannot match the level of legal counsel you could expect from a private San Diego felony DUI attorney.

Zentz & Zentz maintains a minimal caseload to ensure every client we represent has full access to the entire scope of our legal experience and professional resources. In addition, we take time to get to know our clients and thoroughly explore the details of their cases. This ensures we can provide comprehensive and client-focused defense representation through every stage of a criminal case. 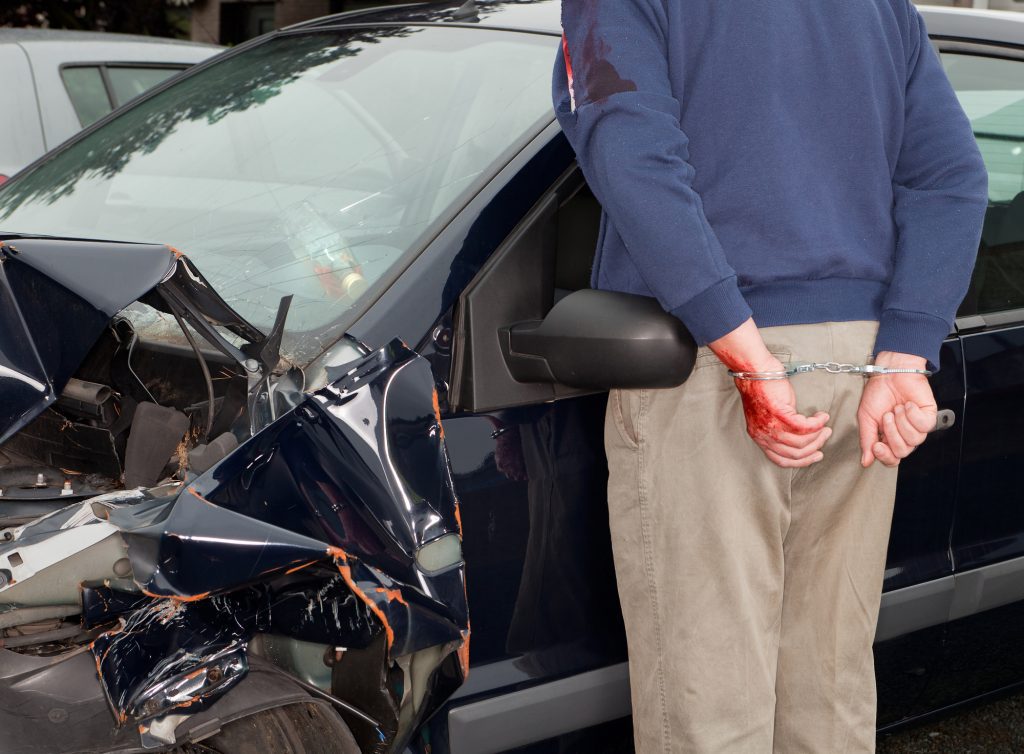 What Qualifies as a DUI in San Diego?

Every state enforces unique DUI laws, and California is no exception. The state considers any operation of a motor vehicle under the influence of drugs or alcohol as DUI. Determining whether a driver is impaired by drugs or alcohol typically involves chemical testing. All California drivers give their implied consent to chemical testing after a lawful arrest for DUI by using their California driver’s licenses. This means that if a police officer conducts a lawful arrest for DUI in San Diego, the arrested driver must submit to a chemical test after arrest and booking at the police station.

A police officer can potentially establish probable cause with various types of observable evidence, such as:

These are just a few examples of how a police officer could potentially establish probable cause for a DUI arrest. It is important to note that the ability to refuse a PAS test does not extend to every driver. Drivers under the age of 21 and drivers on probation for prior DUI convictions must submit to PAS tests. If they test positive, this establishes probable cause for an arrest.

Police determine whether a driver is inebriated using a blood-alcohol concentration (BAC) measurement. The legal limit for most drivers in California is .08% BAC. Any reading beyond this level would qualify as a DUI. Commercial drivers have a much lower BAC threshold at .04%, and drivers under 21 in California are subject to the state’s zero-tolerance policy, meaning any detectable amount of alcohol can lead to a DUI charge.

When it comes to detecting drugs, establishing intoxication can be more challenging. Typically, the presence of illegal drugs in the suspect’s system revealed through a chemical test is sufficient for proving DUI with drugs. However, some drugs like cannabis remain detectable by chemical tests for a long time after their intoxicating effects have subsided. Therefore, if you are charged with a felony DUI for drugs but object to the test results, you need to consult a San Diego felony DUI attorney as soon as possible to determine the best approach to this challenging situation.

Penalties for DUI Conviction in California

DUI conviction carries severe penalties in California, even for first offenses. Various factors influence sentencing in a DUI case, primarily the circumstances of their arrest and their prior DUI conviction record. Typically, a DUI defendant faces fines, jail time, and suspension of their driver’s license after a conviction. Moreover, these penalties increase with subsequent offenses so that a second offense will entail much harsher penalties than a first offense.

In addition to these basic penalties, a defendant will also likely face penalty assessments that increase the financial toll of their conviction. For example, a judge may sentence them to mandatory drug and alcohol counseling and/or DUI school at their own expense. Many judges also compel those convicted of DUI to attend victim impact panels to hear from the family members of people killed by drunk drivers to discourage them from engaging in similar behavior in the future.

DUI is also a “wobbler” offense in California, meaning it may wobble between the misdemeanor and felony levels based on the unique details of the case. However, facing a felony DUI in California can lead to severe penalties:

It’s important to note that a prior conviction of a felony DUI within 10 years of a second offense will automatically increase the second DUI to felony status.

The most severe penalties for felony DUI conviction follow cases in which defendants injure or kill other drivers, pedestrians, or other bystanders due to their intoxicated driving. In addition, an individual charged with felony DUI with injury faces severe criminal penalties and civil liability for victims’ damages.

A judge handling a felony DUI case will likely include restitution to the victim in the defendant’s sentencing. It’s also possible for the victim or the victim’s family to file a personal injury claim against the defendant, or they may file a wrongful death claim if the defendant killed their family member while driving under the influence of drugs or alcohol.

It is also possible for a felony DUI case to involve additional charges depending on the defendant’s behavior. For example, if they had a minor child in their car while driving under the influence, they could face reckless endangerment charges and potentially lose custody rights. Ultimately, any aggravating factors present in a felony DUI case are likely to dramatically increase the defendant’s penalties.

There are several possible defenses an individual charged with felony DUI may invoke to avoid conviction or reduce their sentence. Your San Diego felony DUI attorney will carefully evaluate the circumstances of your arrest and booking to ensure the arresting officers upheld the laws of due process. If there is any evidence indicating your constitutional or civil rights were violated in any way, this could be enough to have a case dismissed.

It’s also possible to challenge the chemical test results, citing mishandling of the test sample or improper tests conducted on the part of the police. Your attorney may also seek to challenge the chemical test analysis from the lab responsible for handling your chemical sample. Ultimately, every felony DUI case is unique, and it’s vital to secure legal counsel from an attorney who can confidently navigate the specifics of your case. 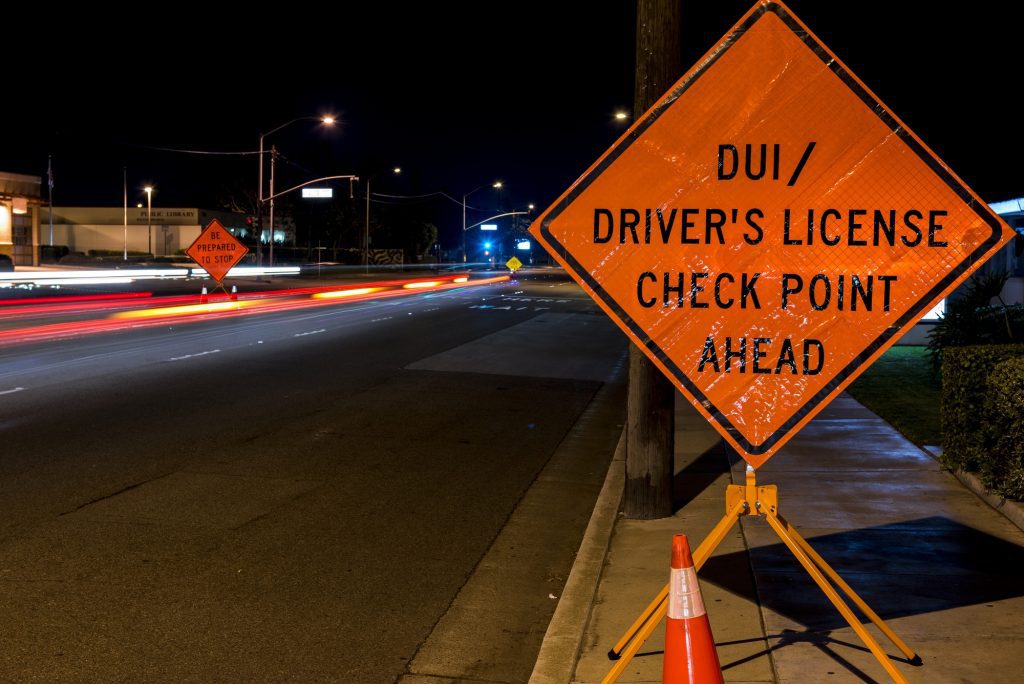 You probably have many questions about your legal options and how to approach your defense in the face of a felony DUI charge in San Diego. Below are some of the most common questions our firm hears from prospective clients facing felony DUI charges.

Q: What Is the Penalty for Felony DUI in California?
A:
The exact penalties you face in a felony DUI case hinge on the severity of the offense, your prior record, and whether you hurt or killed anyone while driving impaired. Most felony DUI convictions lead to fines, jail time, restitution to victims, and suspension of the defendant’s driver’s license.

Q: How Much Does a DUI Lawyer Cost in California?
A:
It’s natural to be concerned about the potential cost of your legal fees. Most criminal defense lawyers charge their clients by the hour. Therefore, the longer your attorney spends working on your case, the more your legal fees increase.

Q: What Is the Difference Between a DUI and a Felony DUI?
A:
DUI is a “wobbler” offense in California, meaning it can wobble between a misdemeanor and felony status based on several factors. Felony DUI conviction leads to harsher sentencing and longer-lasting penalties, including longer driver’s license suspension, longer probation, and a longer DUI school requirement.

If you have further questions about felony DUI charges in San Diego, it’s vital to consult a criminal defense lawyer as soon as possible. Every case is unique, and there is no one-size-fits-all strategy for navigating felony DUI cases.

At Zentz & Zentz, we have an experienced team of San Diego felony DUI lawyers who can provide the detail-oriented defense representation you need in the face of a felony DUI charge. We understand what could be at stake in your case and have the experience necessary for navigating the most challenging felony DUI cases prosecuted in San Diego. A San Diego felony DUI lawyer will thoroughly investigate the circumstances of your arrest, ensure the police and the prosecution follow all appropriate legal processes, and that due process is upheld through the entirety of your case.

If you or a loved one has been arrested for felony DUI in the San Diego, CA, area, it’s vital to secure defense counsel as soon as possible. Zentz & Zentz is available to provide the defense counsel you need in this challenging situation. Contact us today to schedule a consultation with a San Diego felony DUI attorney.